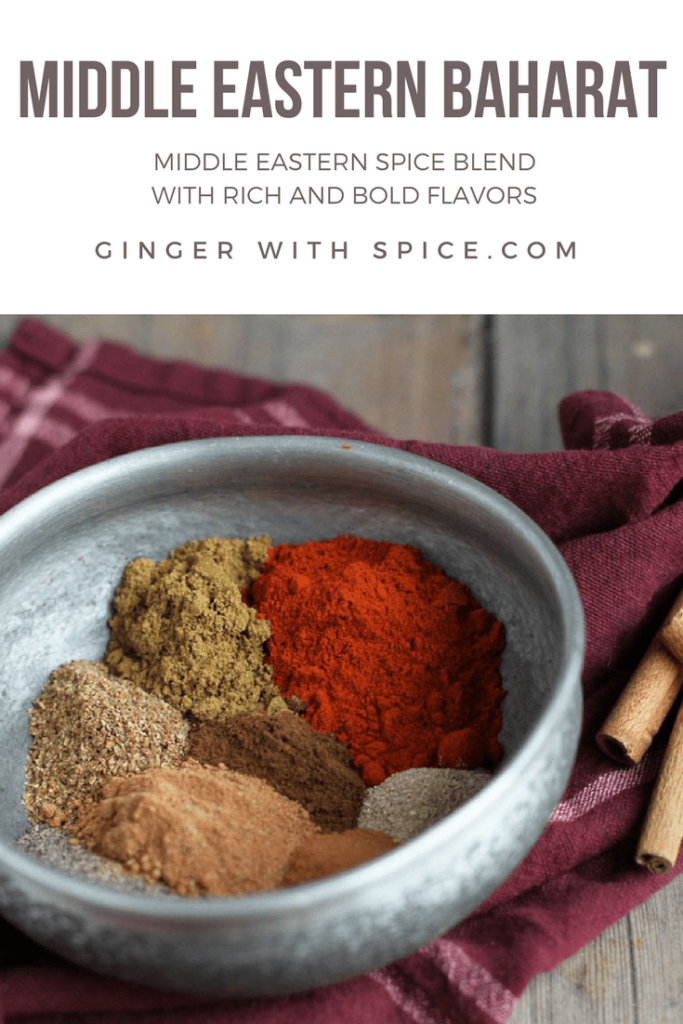 Baharat just means 'spices' in Arabic. It is a fragrant and delicious blend of spices, such as pepper, cinnamon, cloves, cumin and paprika. Perfect to blend with ground beef on flatbread or just dip your favorite naan in a bowl of baharat and olive oil. 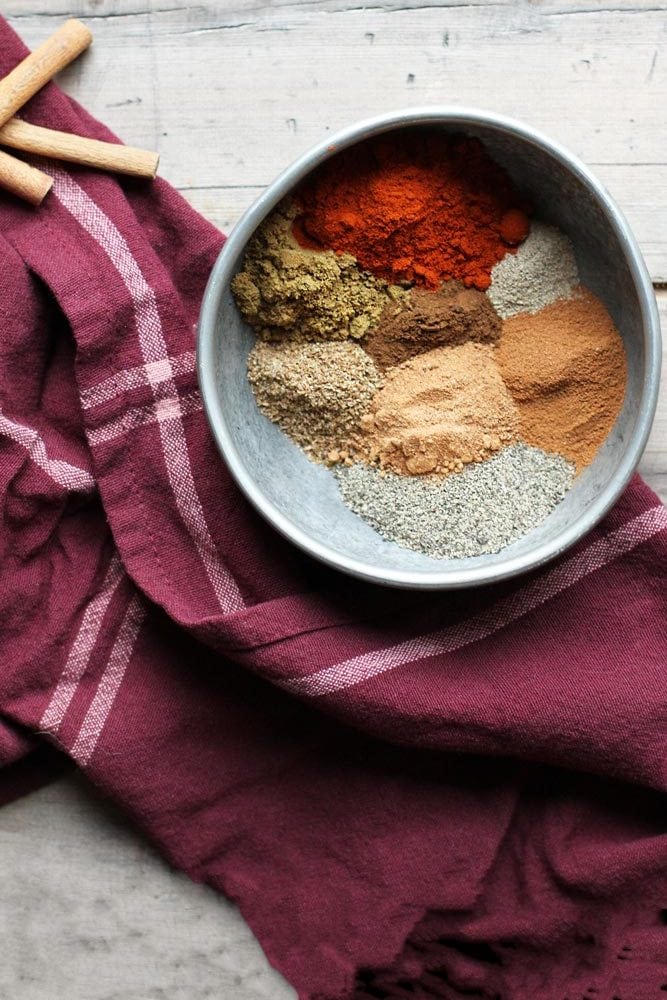 It's so satisfying to make your own spice blends. You know exactly what's in there, and you learn so much in the process too. What flavors work together and what spices each cuisine likes to use. That's also why I have so many spice blend recipes, like Italian Seasoning, Za'atar, Sun-Dried Tomato Pesto, Everything Spice and Shawarma seasoning. Never too many! 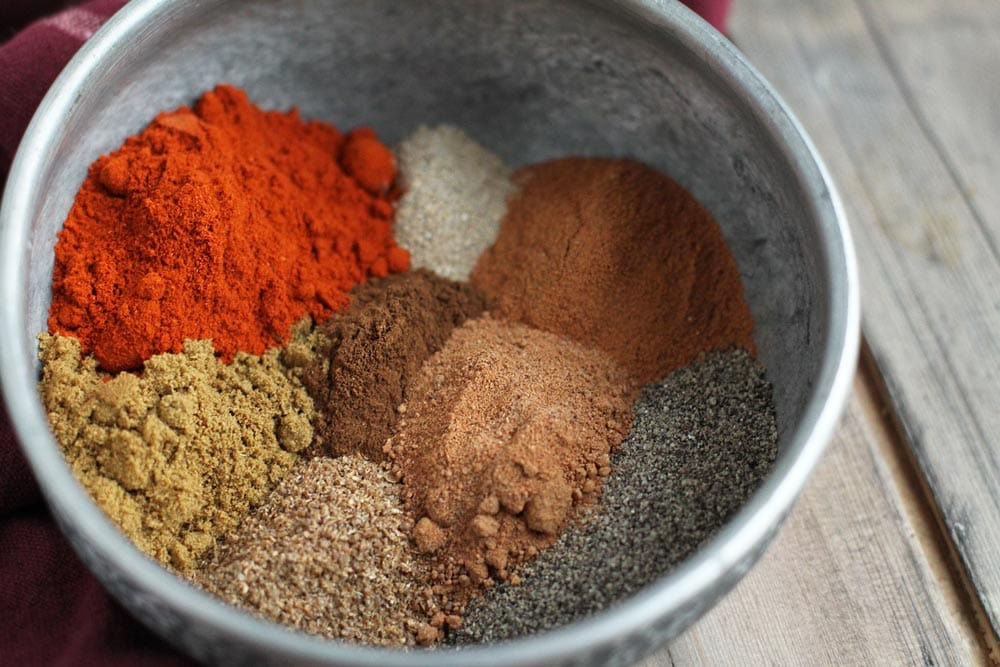 Baharat just means 'spices' in Arabic. It is such a fragrant and mouth watering spice blend. Full of ingredients such as pepper, cardamom, cinnamon, cloves, cumin and paprika. It does contain a lot of ingredients, but it's totally worth it. I was almost jumping up and down in my happy dance when I first smelled this mix. No joke. 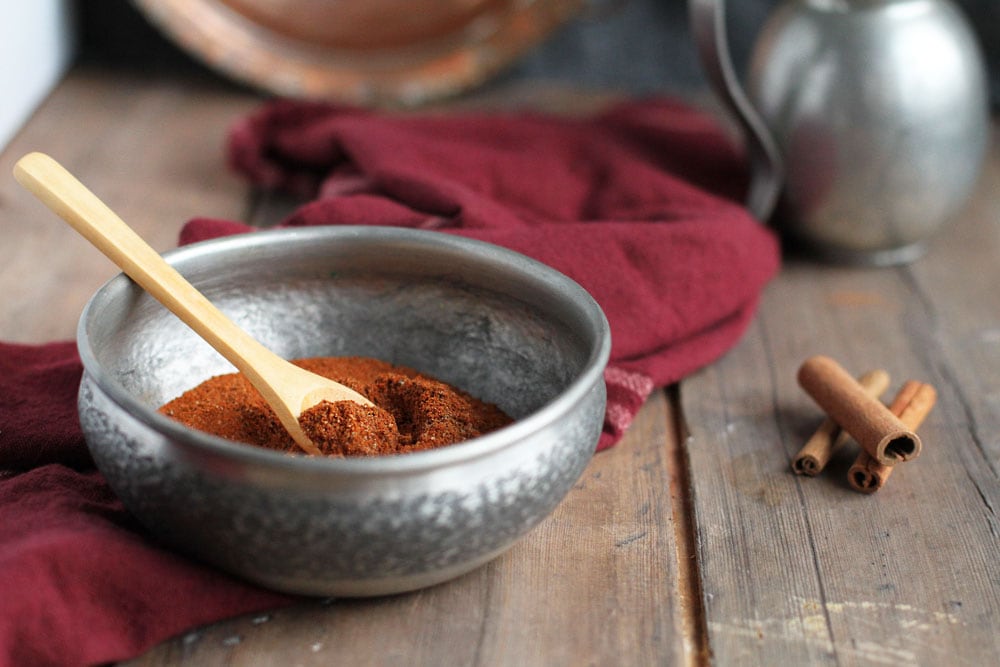 Table of Contents show
1. What recipes to use baharat in?
2. Homemade Baharat (Arabic 7 Spice)
2.1. Did you make this recipe?

What recipes to use baharat in?

Where has baharat been all my life? Totally missed out on marvellous Middle Eastern cuisine. You can use baharat as a dry rub on meat, or mix it with a little bit of olive oil to make a marinade. You can sprinkle some with sea salt over caramelized onions (for Mujaddara rice). Mix with olive oil and spread on top of naan, flatbread or any kind of bread really.

Maybe instead of garlic and cilantro, sprinkle baharat on these naan? You just have to try it on different things, and eventually you'll know just what you want baharat on (which is basically everything).

I used ground spices for this mix, but you could also just use a spice grinder and grind the spices up yourself. I will try that the next time, but still, this smelled so goood so it's no rush. This recipe is adapted from Genius Kitchen. 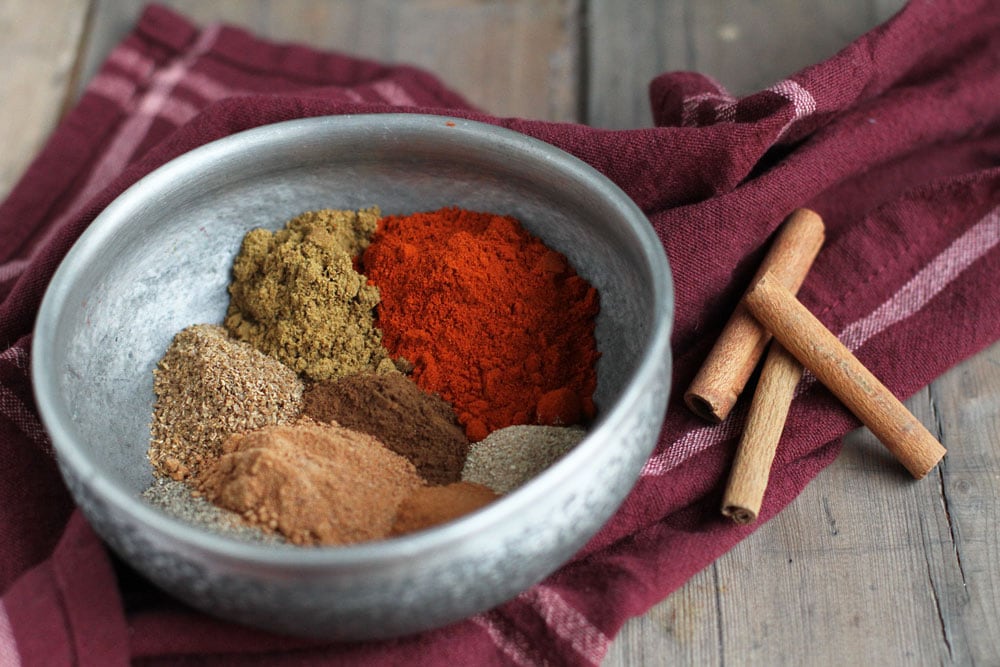 I hope you'll like it! Please tell me what you think, either in the comment section below or tag me @thegingerwithspice on Instagram. And don't forget to Pin it for later! 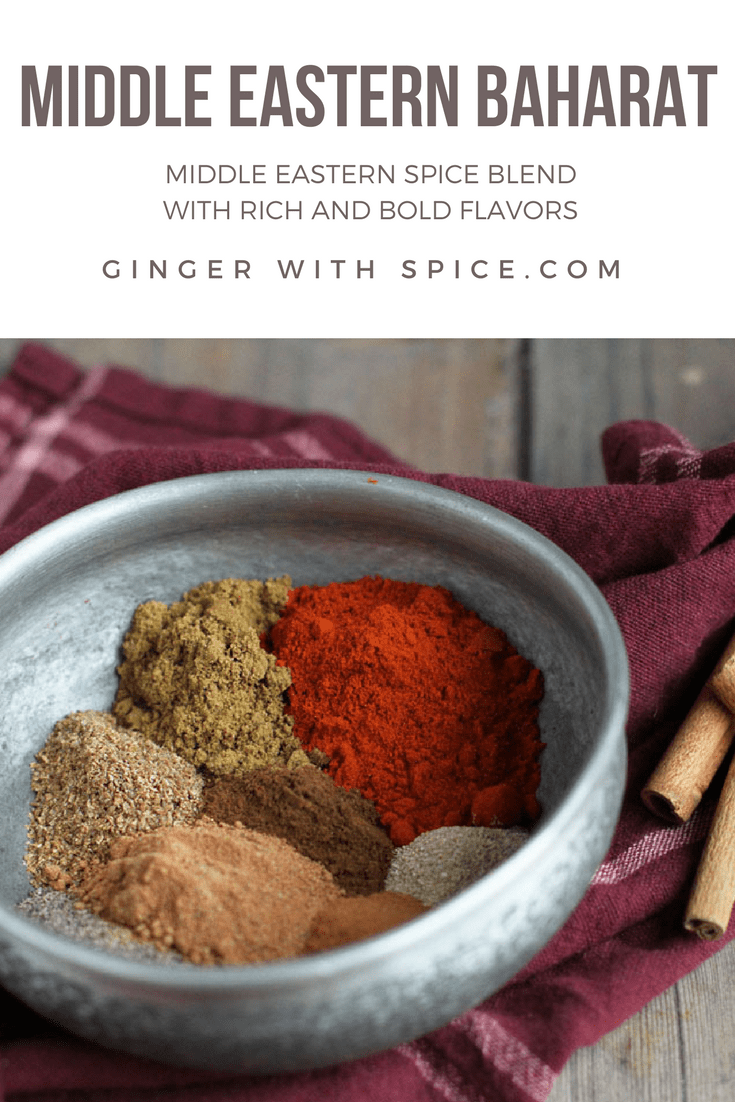 Thank you so much, John. Middle Eastern flavors work so well both for summer and winter too I think so they really are such versatile spice blends.